While staying in Gdynia recently, we decided to have a day out at Malbork Castle. Travel was straightforward the distance from Gdynia to Malbork is about 60km and the journey took us about an hour by train.. The walk from the railway station to the castle being only ten minutes.
Malbork is the worlds largest brick built gothic castle and is located by the side of the Nogat River in Poland.
The castle construction was started in the 13th century and it was occupied by the Teutonic Knights.
Originally only the Upper Castle was built, then expanded with the Middle Castle and in 1382-1399 the Palace of the Grand Master was added.

Below, photograph of a model of Malbork Castle which gives some idea of size and layout. This can be found in Malbork town on the way to the castle. 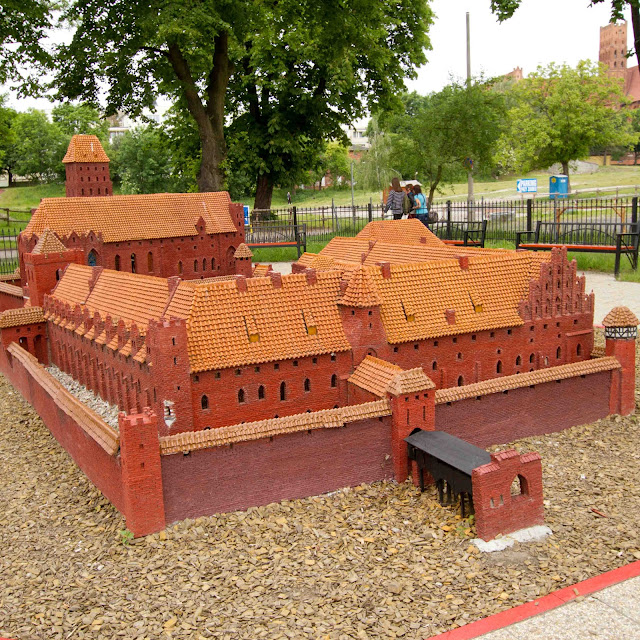 Posted by Procam and Ruggerpix at Monday, September 10, 2012 2 comments: